"I am the story behind the store" 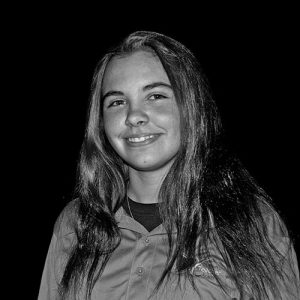 Tiffany came to Goodwill through our partnership with OhioMeansJobs. She is a participant in the Morrow County Youth Program.

This program helps youth (ages 14-24) prepare for and find meaningful employment. Before coming to Goodwill for services, the youth complete a comprehensive assessment with OhioMeansJobs – Morrow County.  The assessment evaluates skills, interests, strengths and assists with career exploration.  Depending on needs, the participants have access to work experience, tutoring, training, supportive services, counseling and leadership activities.

Through the program, Tiffany was placed at the Mt. Gilead Public Library. During the summer session of the program, she was able to take the lead in the library’s Summer Reading Program and help Morrow County youth explore the library and gain a love for reading.

She was also able to take a driver’s education class through the program and get her driver’s license, which eliminated a barrier to employment.

Tiffany is gaining valuable work experience through her placement at the library that will contribute to her future career plans of becoming an elementary school teacher. 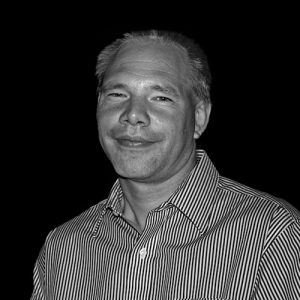 Jeremy has been successfully employed at Goodwill for approximately a year and a half. Prior to his employment with Goodwill, Jeremy worked with Marion County Board of Developmental Disabilities- Community Employment Department. They assisted individuals with developmental disabilities find fully integrated and long-term employment. With their help, Jeremy was able to interview and secure a position at the Goodwill Distribution Center located in Marion.

As a baler, Jeremy is responsible for ensuring only appropriate items go in the baler, making sure the baler is filled to the appropriate level and making sure he is following safe and efficient procedures.

Over the past year, Jeremy’s skill set has allowed him to assist with other jobs in the distribution center.  He helps the truck drivers with their routes and pickups, he has worked with our maintenance team on several painting projects and this past winter he helped with snow removal at several of our locations.

Recently Jeremy completed forklift training and received his certificate and license, which has sparked his interest in obtaining his driver license.

Along with Marion County Board of Developmental Disabilities vision, we want our employees to live meaningful and fulfilling lives. Jeremy has found his place at Goodwill. His positive attitude and contagious smile have spread throughout the distribution center. 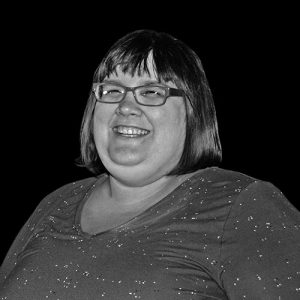 Maggie started her journey with Goodwill in our Workforce Development Program.  This program helps individuals with disabilities and other barriers to employment explore possible careers, prepare for the job market, and find appropriate employment opportunities within their community. Maggie came to Goodwill through Opportunities for Ohioans with Disabilities.

Maggie participated in a community-based assessment with the Workforce Development team.  This assessment enabled Sherry, an Employment Specialist, to develop a customized employment plan for Maggie. Additionally, Maggie was able to receive firsthand work experience at one of Goodwill’s retail stores.

Through this process, Maggie gained the confidence she needed to become employed. She completed an application, interviewed and secured a position at Kroger. At first, she worked fifteen hours per week as a bagger and a courtesy clerk. When a position with more hours and responsibility became available, she applied, interviewed and received the promotion. She has been employed at Kroger for three years. Occasionally Maggie works in the floral department, where she is learning new skills.

Maggie is very proud of all the new friends she has made through her job at Kroger.  She was asked to be a maid of honor at a co-worker’s wedding and was able to purchase her dress and shoes with the money she had earned. She also purchased a car, giving her the independence she was striving for.

Sherry continues to provide guidance and support to Maggie in an effort to help her maintain and continue her success at Kroger.​ 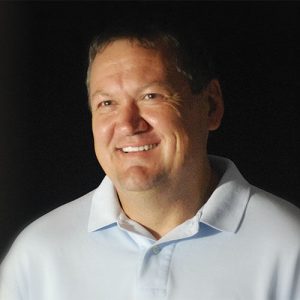 Rollin has had a lifetime of heart problems that included multiple heart attacks as a young man and the subsequent placement of a pacemaker. Many employers were not willing to employ him due to his medical issues. After getting a job through the assistance of Goodwill, he had to undergo additional heart surgeries. After his cardiac rehabilitation and therapy, Rollin utilized the tools he learned in the Goodwill program to find employment on his own. He remains employed today.

When asked to describe his experience with Goodwill, Rollin stated that our organization is approachable, knowledgeable, and committed to treating individuals as valued members of the community.

Rollin was able to overcome obstacles and become independent in his job search by using the skills provided to him. Rollin believes, like Goodwill, in the power of work. 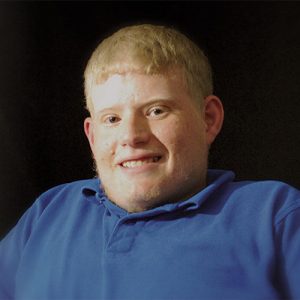 Jordan was born with spina bifida and uses a wheelchair, but that does not stop him from getting where he wants to go. Jordan was introduced to Goodwill at the age of three when he attended our annual Wheel-a-Thon event. This event features a three-person wheelchair race. Jordan and his family are active participants and have won the race for the past ten plus years. They have helped raise thousands of dollars for this event.

Jordan has participated in several Goodwill programs. During the Summer Youth Program, he worked in the contracts division at Goodwill, where he learned skills needed for the world of work. He is currently working with our Workforce Development Office/Vocational Rehabilitation Services. Through referrals to the program, Goodwill facilitates customized employment plans for individuals with disabilities. Through job development, job coaching, and job retention we help participants, like Jordan, find and keep jobs.

Jordan is currently a senior in high school. He loves boating, camping, video games and hanging out with his best friend. We have literally watched Jordan grow up over the past fourteen years and look forward to helping him navigate his future. 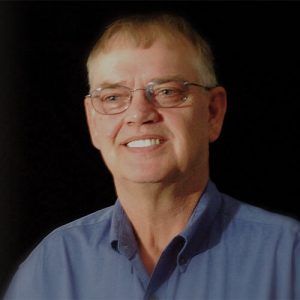 Steve had been a successful swine farm manager for over twenty-five years, before making some poor decisions put him in the position of having to start over. In the fall of 2010, Steve was in need of a job, when a leader in the Marion community referred him to Goodwill. At Goodwill, Steve was enrolled in the Opportunity Plus Program, where participants with employment barriers are given a chance to gain valuable work experience, develop a work history and current employer reference.

Steve worked at a Goodwill facility and, because of his positive work experience, he secured a part-time position in April of 2011. During that summer, he accepted a full-time position at the Goodwill Warehouse-Distribution Center and soon after was made a shift supervisor. In 2012, Steve was promoted to Distribution Coordinator and held that position until 2017.

One of Steve’s favorite movies is The Rookie. One line is the movie hits home with him, “We do what we have to do till we do what we were meant to do.” Because of the choices Steve had made in the past, he thought working in the pork industry, his “what he was meant to do” job was not possible. Steve was wrong. His hard work, dedication and determination gave him the opportunity to work in the swine industry again.

Through the support of many people at Goodwill and in the community, Steve felt he had grown mentally and emotionally and was ready to move on to another organization and take on the responsibility of a new position. Steve reflects, “I have been so blessed and am grateful to everyone I worked with while at Goodwill.”

Steve did not give up on his dreams and is now where he is meant to be. 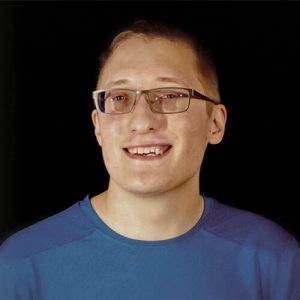 Sean started his journey with Goodwill as a participant in our Workforce Development Program. Individuals with disabilities or other barriers to employment are referred to this program to explore possible careers, prepare for the job market, and find appropriate employment opportunities. Sean came to Goodwill through Opportunities for Ohioans with Disabilities.

Sean and his Goodwill job coach worked side by side on completing a job assessment, learning about his skills, likes and interests. Once assessed, Sean began the process of resume writing, application submissions, and follow up with his job coach.

Sean applied to one of our Goodwill retail stores and after the interview process, he was hired. With some additional support from his job coach, Sean has worked extremely hard for the past two years in his position. His customer service skills have improved greatly. He is able to help train new employees in his position, and has taken on additional responsibilities.

When asked about Goodwill Sean said, “It is very family oriented, friendly and everyone is very helpful. This is my first job. They are helping to teach me responsibility and helping me grow as an individual.”

The Workforce Development Program provides job coaching and support for participants in an effort to help them maintain and succeed in their employment.

Connect with us on social media

Stay informed with our newsletter