Helping our community since 1977

Founded in 1977 as a not-for-profit, Marion Goodwill’s mission is building lives that work. 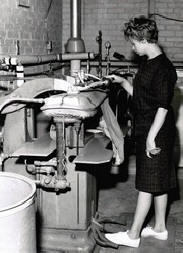 At Goodwill we believe in giving a hand up, not a handout — a saying coined by Goodwill’s founder, the Rev. Edgar J. Helms. Helms worked as a missionary in the slums of Boston in the early 1900s. He hired the poor and needy to mend and repair used goods he collected from wealthy Bostonians. The refurbished items were resold, and the proceeds were paid as wages to the people who did the work. This became the basis for the mission of Goodwill’s throughout the U.S. and abroad.

Although affiliated with Goodwill Industries International in Bethesda, Md., we operate independently through our own governing board of directors.